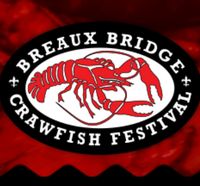 The world-famous Crawfish Festival began in 1960 as a spin-off of the Breaux Bridge Centennial Celebration. The Louisiana Legislature had just named Breaux Bridge the Crawfish Capital of the World in 1959. The festival is now known around the country and even the world. Every May, thousands of hungry people flock to Breaux Bridge to be part of the festivities. The Crawfish Festival has also become one of the largest gatherings of world-famous Cajun musicians. All weekend long you can hear the sound of authentic Cajun, Zydeco, and Swamp Pop music rising from the festival.